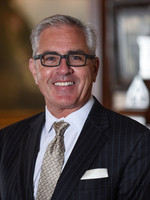 Mr. Penberthy was appointed President and Chief Executive Officer in December 2021.  He had served as Treasurer and Chief Financial Officer of Rand since 1997.  He oversees the Company’s investment activities and takes an active role in the investment process from deal sourcing to fund marketing. From 1993 to 1997, Mr. Penberthy served as Chief Financial Officer for both the Greater Buffalo Partnership (formerly the Chamber of Commerce) and the Greater Buffalo Convention and Visitors Bureau. Prior, from 1990 to 1993, Mr. Penberthy was employed by Greater Buffalo Development Foundation and KPMG. He earned his Bachelor of Science from St. Bonaventure University and his Master of Business Administration from the State University of New York at Buffalo. 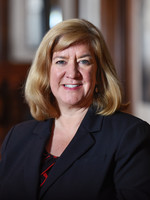 Ms. Brechtel was appointed Executive Vice President, Treasurer, Chief Financial Officer and Secretary in December 2021. She oversees financial operations and is responsible for regulatory compliance and financial reporting.  A CPA, she has over 25 years of experience in the finance and accounting service industry.  Ms. Brechtel earned her Bachelor of Science and her Master of Business Administration from the State University of New York at Buffalo and is a Certified Public Accountant in the State of New York.

Stay informed about our latest news and SEC filings.